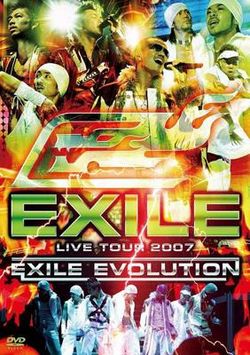 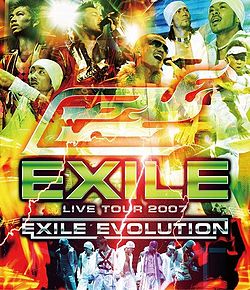 EXILE LIVE TOUR 2007 EXILE EVOLUTION is the seventh DVD (third live DVD) released by EXILE. It was released in two editions, 2DVD and 3DVD. The 2DVD edition includes only the concert, while the 3DVD edition also includes their "VOCAL BATTLE AUDITION 2006 ~ASIAN DREAM~", where TAKAHIRO was selected as vocalist. The concert DVD includes footage from the group's May 17, 2007 performance at the Yokohama Arena during the "EXILE Live Tour 2007 EXILE EVOLUTION" tour. The DVD reached #3 on the Oricon charts and charted for 85 weeks.