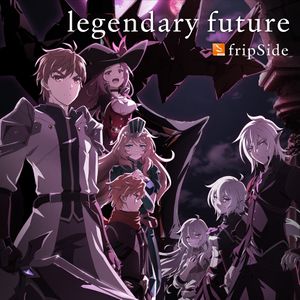 "legendary future" is the 18th single released by the phase 2 of fripSide (32nd overall). The single was released in two versions: a limited CD+DVD edition and a regular CD only edition. It was released simultaneously alongside their first best album the very best of fripSide 2009-2020 and their second best album the very best of fripSide -moving ballads-. The title track was used as the opening theme for the anime King's Raid Ishi wo Tsugu Monotachi. The title track was released digitally ahead of the single on October 10th, 2020.