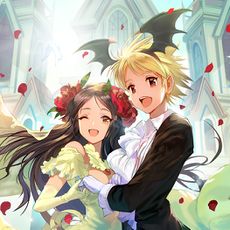 "perpetual wishes" is a indie digital single released by the second generation of fripSide. It was used as the main theme song for the Chinese mobile game Xiānjìng Chuánshuō RO: Shǒuhù Yǒnghéng de Ài (Ragnarok RO: Protecting Eternal Love). The song wasn't included in the soundtrack album, but the song was put to download from the official website in lossless audio. According to sat, this is a romantic song created with the background of the game's new chapter EP3.5, Yīng Zhī Huājià (Sakura's Flower Marriage).