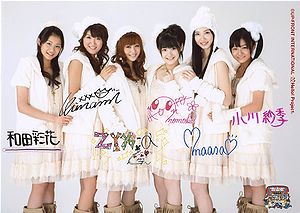 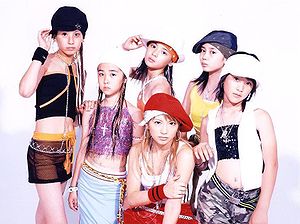 ZYX was a Japanese pop girl group produced by Up-Front Agency and part of Hello! Project. Originally active in 2003, the group is now active as of 2009 under the name ZYX-α.

ZYX was formed in 2003 and featured Morning Musume's Yaguchi Mari and five members of Hello! Project Kids. The group released only released two singles. No more releases from the group gave it the status of being a special unit in Hello! Project.

In the summer of 2009, Hello! Project released a cover album that featured seven special units that included all the members. ZYX was featured as ZYX-α with a new line-up.

It should be noted that ZYX is pronounced as one word, "zicks" ("jikkusu" in katakana), rather than being spelled out letter by letter (not "zee-why-ecks").