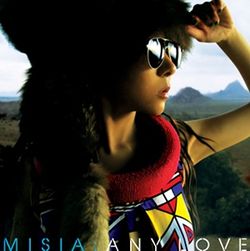 "ANY LOVE" is the sixteenth single released by MISIA, and first since she changed labels to BMG Japan. The title track was used as the program JAPAN COUNTDOWN ending theme, while "Soba ni Ite..." was used as the KOSE Sekkisei CM song. The single was released in two versions: a regular edition, and a limited edition coming with a DVD, including a music video and MISIA's documentary of her trip to Africa.

The single reached #8 on the Oricon charts, and charted for five weeks.