Namae no Nai Sora wo Miagete 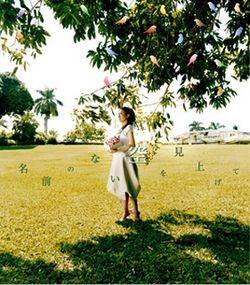 "Namae no Nai Sora wo Miagete" is the thirteenth single released by MISIA. The title track was used as the NHK dorama Tenka theme song. This was her last single before she took a year long hiatus, and would come back with "LUV PARADE / Color of Life" in 2006.

The single reached #9 on the Oricon, and charted for fifteen weeks.