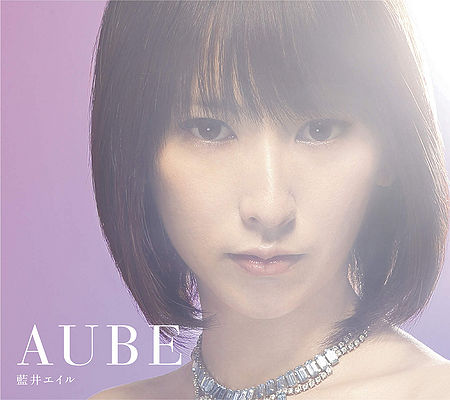 AUBE is the second studio album released by Aoi Eir. It was released in three versions: Edition A limited CD+Blu-ray, Edition B limited CD+DVD, and a regular CD. The limited editions came with a 48-page photobook and a special sleeve case, and first pressings of all editions came with three photo cards. The album's title means Dawn in French; her previous record used a German title BLAU.

The album includes four songs from her latest singles (both physical and digital releases): "Cobalt Sky", "Sirius", "Sanbika" and "Niji no Oto", along with ten new compositions. The track "KASUMI" was released a week early as a digital pre-release and was used as January 2014's ending theme for CTV's Futtonda and the theme for NTV's Music Dragon Music Play.

The album reached #6 on the weekly Oricon chart, and continued to rank for a total of eight weeks, selling 22,386 copies.