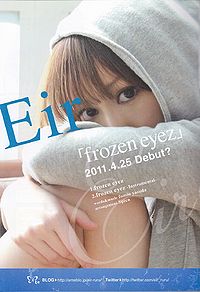 "frozen eyez" is the debut single recorded by Aoi Eir, and it was released under the name Eir. It was a promotional single that came with the anison magazine LisAni. The song was later included on her debut major label studio album BLAU.