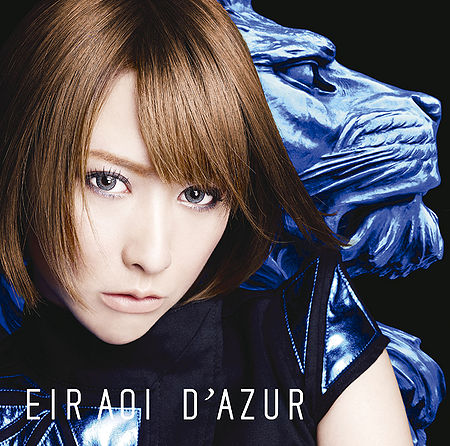 D'AZUR is the third studio album released by Aoi Eir. It was released in three versions: a Limited Edition A CD+Blu-ray, a Limited Edition B CD+DVD, and a regular CD. The limited editions come with a photobook. Limited editions of the album include a 48-page storybook and a special photo-book entitled The Blue Nightmare. The album's title is a French conjugation for Azure, which means Blue sky (another reference to her stage name).

The album includes seven songs from her latest singles (both physical and digital releases): "IGNITE", "Lapis Lazuli", "Cynthia no Hikari", "Bright Future", "GENESIS", "Tsunagaru Omoi", and seven new compositions. The limited edition bonus track "BREAK OUT!" is a cover of the the 1996 hit by Aikawa Nanase and was previously released on her tribute album A-Rock Nation -NANASE AIKAWA TRIBUTE-.