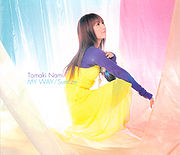 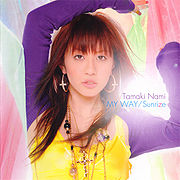 "MY WAY / Sunrize" is the 10th single relesed by Tamaki Nami. It is also her first double A-side single. The limited first pressing grants a slipcase, an alternate jacket, and included tickets for a mini live event held in Osaka on April 8th, 2006 and in Tokyo on April 9th, 2006. This event was filmed and put on the limited CD+DVD edition of her third album "Speciality". The single reached #18 on the Oricon chart, where it charted for seven weeks, selling 20,431 copies.