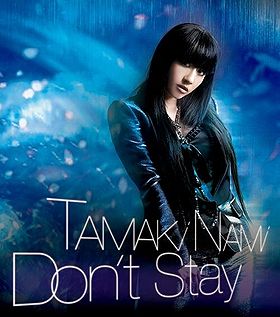 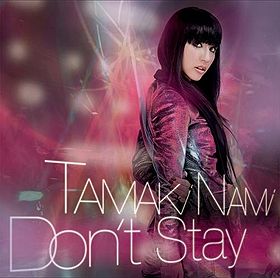 "Don't Stay" is the fourth album released by Tamaki Nami. It is her last original work released through Sony Music Entertainment before tranferring to Universal Music. This was released in two different versions: a limited CD+DVD edition and a regular CD only edition. The limited edition comes with: a DVD with four PVs, a 5th anniversary interview, and a documentary of Tamaki when she was in the US. This edition also comes in a special three-sided box, and with a 55 page booklet. "hitchHIKER" was produced by Marty Friedman, "Gokigendaze! ~Nothing But Something~" is a cover of DA PUMP's 1998 song of the same name, and Tamaki herself wrote lyrics for the song "423". The album reached #14 on the Oricon chart, where it charted for six weeks, selling 18,610 copies.