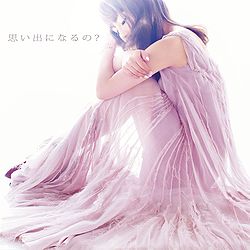 “Omoide ni Naru no?" is the 19th single released by Tamaki Nami, and the first released under the moniker nami. "Rakuen" is a cover of the 2000 Hirai Ken song of the same name. The single was released a week before the release her first album under Universal Music, STEP. It's PV was released on the album DVD counterpart STEP DVD. The title song was used as a theme song for the NTV show Utasta!!. The single reached #138 on the Oricon charts, where it charted for a week and sold 513 copies.