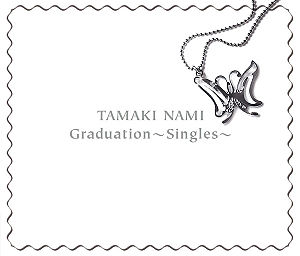 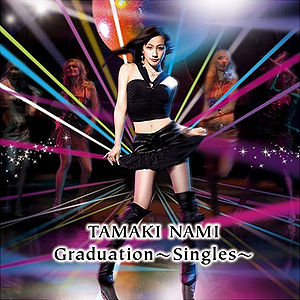 "Graduation ~Singles~" is the first best album released by Tamaki Nami. It was released to celebrate her graduation from high school in March of 2007. This was released in two different versions: a limited CD+DVD editon and a regular CD only edition. The limited edition comes with a DVD of all of her PVs made prior to this release, and a live performance on March 26th, 2002 of a cover of CORE OF SOUL's 2001 single "FULL MOON PRAYER", which was during the Sony Music Entertainment auditions. This edition also came with a bonus track that was originally on the tribute album "14 Princess ~PRINCESS PRINCESS CHILDREN~" three months prior, and a 40 page Tamaki Nami history book. The limited first pressings of both editions grants a Best CONCERT ticket reservation application, and a butterfly logo long necklace present. This was simultaneously released in Japan, Korea, Taiwan, and Hong Kong. The overseas releases were only the regular CD only edition. The album reached #6 on the Oricon chart, where it charted for 10 weeks.