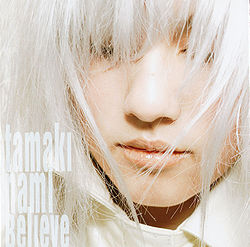 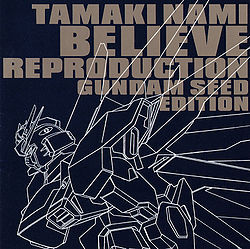 "Believe" is the first single released by Tamaki Nami. The limited first pressing grants a Gundam War card and a Gundam SEED super picture CD label. The title song was used as an opening theme song for TBS' anime Mobile Suit Gundam SEED. The single reached #5 on the Oricon chart, where it charted for 24 weeks and sold 194,167 copies.

Due to the popularity of "Believe" and the Gundam SEED series, a remix version of the original single was released one month later. The limited first pressings grants a limited CD jacket, a super picture CD label, and a Tamaki Nami x Gundam SEED original calendar. The remix single reached #19 on the Oricon chart, where it charted for 15 weeks and sold 36,464 copies.

"Believe DVD" is both the first DVD single and overall DVD released by Tamaki Nami. It includes the original PV, its making of, a new version of the PV, and the two CM spots used to promote the single. The DVD reached #14 on the Oricon chart, where it charted for four weeks.