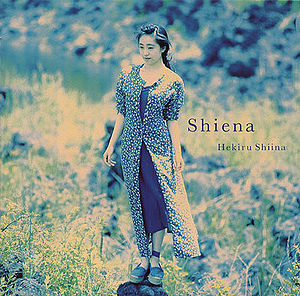 Shiena is the debut solo album released by Shiina Hekiru. The album was released while Shiina was still a member of the seiyuu idol pop group Hummgingbird. Since she was still in the group at this time, the album shows her with a heavy idol image. Fans often disregard this album because it is not the same Shiina they know and love. This album was produced by Momose Keiichi. The song "Girlfriend" was used as the opening song to Shiina's Hekiru zu RADIO fm radio show. There were no singles released leading up to the album. The album was produced by Momose Keiichi.

The album reached #83 on the Oricon chart, and stayed on the chart for a total of four weeks. In all the album sold a total of 10,865 copies.