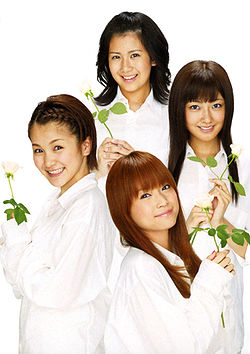 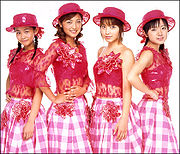 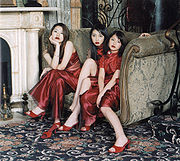 Tanpopo (タンポポ, Dandelion) is a Hello! Project group and was the first Morning Musume subgroup.

Tanpopo was formed in November of 1998 as the first Morning Musume subgroup. The group's formation was announced on an October 1998 episode of ASAYAN, and a mini-audition was held among the second-generation Morning Musume members for a third member to join Iida Kaori and Ishiguro Aya. Yaguchi Mari was selected and first generation Tanpopo was born. Initially, Tanpopo's songs had a mature feel.

The group released four singles and an album before Ishiguro left Hello! Project in the fall of 1999. Iida and Yaguchi continued to perform songs as a duo, until Ishikawa Rika and Kago Ai were added to the group in the summer of 2000, making Tanpopo a group of four. This line-up released three singles and a best album that featured the members of the first and second generations.

In 2002, the Morning Musume subgroups were shuffled when the fifth generation members joined. Iida, Yaguchi, and Kago were taken out of the group, and remaining member Ishikawa was joined by Konno Asami, Niigaki Risa, and Melon Kinenbi's Shibata Ayumi. This final line-up only released one single, and then became inactive.