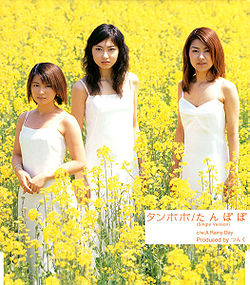 "Tanpopo" is the self-titled third single released by Tanpopo, after first appearing on the album TANPOPO 1. The single reached #7 on the weekly Oricon charts and charted for six weeks. It sold 53,970 copies in its first week and 112,320 copies total. The title track was used as the ending theme for the Fuji TV program Warau Inu no Seikatsu -YARANEVA!!-.

There are currently four recorded versions of "Tanpopo" found in Tanpopo and Hello! Project's discography. These versions are: