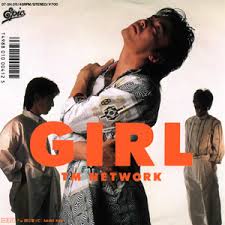 "GIRL" is TM NETWORK's seventh single. The single was released after appearing on the album GORILLA. Utsunomiya Takashi personally asked for "GIRL" be the band's next single as he believed it could be a good dorama theme song. However, none of the dorama productions at the time were interested in using the song. Because of no tie-ins, the single reached #32 on the weekly Oricon charts.