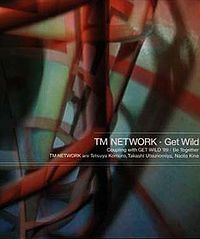 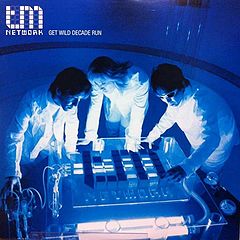 "Get Wild" is TM NETWORK's tenth single. The title track and b-side were used as an ending theme and an insert song respectively for the anime City Hunter. "Get Wild" emphasizes the use of the bass drum, instead of the usual snare drum, analog synthesizer, electric guitars, samplers, and other electronic instruments. The song has been covered by various artists like Tamaki Nami, SMAP, Golden Bomber, globe, Ogata Megumi, and others. Utada Hikaru also stated in her web blog that "Get Wild" was one of her favorite Japanese songs when she was a child.[1]

When TM Network got back together in 1999, they decided that the first single would be an updated version of their classic hit. "GET WILD DECADE RUN" was released on July 22, 1999 as the band's 29th single. It was released in two versions; a 12cm CD version and an analog version. The CD version contains an instrumental track of the b-side, "IT'S GONNA BE ALRIGHT", while the analog version features the instrumental for the title track. GET WILD DECADE RUN" reached #5 on the weekly Oricon charts.