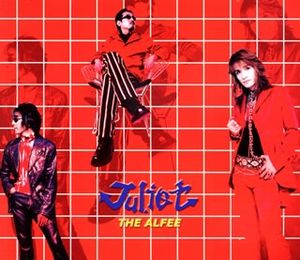 "Juliet" is the 49th single released by THE ALFEE. The title track was used as the ending themes for the television shows Sushi Azarashi and Tx2 SHOW. The single reached #5 on the Oricon weekly chart and charted for five weeks, selling 76,470 copies. It was not included on a studio album.