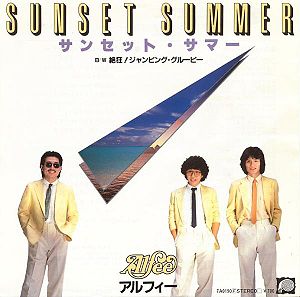 "SUNSET SUMMER" is the thirteenth single released by ALFEE. It is a re-cut single from the album doubt,. It was initially released as an EP record, then later as an 8cm CD. The single did not chart on the Oricon weekly chart.