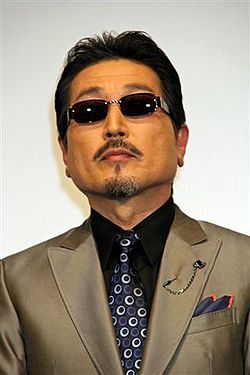 Sakurai Masaru (桜井賢) is the bassist and one of the vocalists of the Japanese rock band THE ALFEE. Unlike the other two members, he does not have any major activities outside the band.

Sakurai Masaru has loved singing since he was a child. While attending Meiji Gakuin Senior High School (the same school as Takamizawa Toshihiko), he formed the cover band Confidence with two fellow classmates.[1] They performed folk songs originally by Western groups, including Simon & Garfunkel and Crosby, Stills, Nash & Young. In 1972, Confidence participated in a folk contest sponsored by Victor Entertainment Inc. and won first place.[1] It was then that they met Sakazaki Kohnosuke. Later in the summer, Confidence and Sakazaki performed an original song together at another folk contest and won third place.[1] After graduating high school, Confidence parted ways and Sakurai enrolled in the Department of Jurisprudence at Meiji Gakuin University. Confidence was later reformed at the university with Sakurai, Sakazaki, Takamizawa, and Miyake Yasuo, now known as THE ALFEE.

Since 1979, Sakurai has always appeared in public with sunglasses. In an interview in 1985, he said, "Sunglasses? I don't remove them in front of people... It's like taking off my pants."[2] Nowadays, publications of old pictures that had his eyes uncovered are usually censored.[3][4]