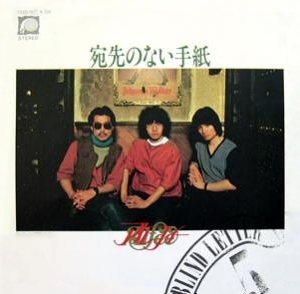 "Atesaki no Nai Tegami" is the tenth single released by ALFEE. It was initially released as an EP record, then later as an 8cm CD. The single did not chart on the Oricon weekly chart and was not included on a studio album.