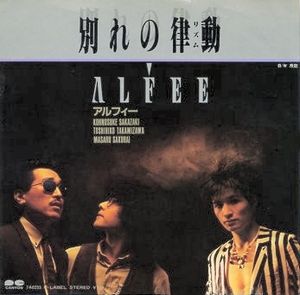 "Wakare no Rhythm" is the fourteenth single released by ALFEE. It was initially released as an EP record, then later as an 8cm CD. This single is their first since switching genres to rock. It was also their first to chart on the Oricon weekly chart; it reached #69 and charted for five weeks, selling approximately 14,000 copies. The B-side, "Banka", is a rock version of the song of the same title from the album ALMIGHTY.