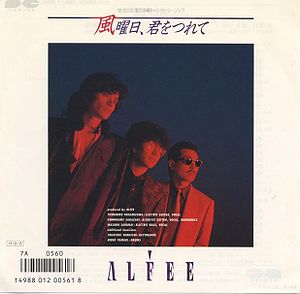 "Kazeyoubi, Kimi wo Tsurete" is the 22nd single released by ALFEE. It was initially released as an EP record, then later as an 8cm CD. The title track was used as All Nippon Airways's "Natsu no Okinawa" CM song. The single reached #2 on the Oricon weekly chart and charted for eleven weeks, selling approximately 143,000 copies. It was not included on a studio album.