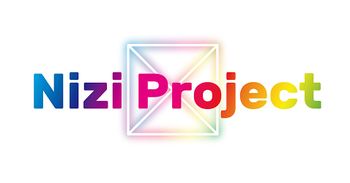 Nizi Project is a Japanese audition project produced by JYP Entertainment and Sony Music Japan. The name "Nizi" is taken from the Japanese word "Niji" (虹; Rainbow), with the project's mission to "create a group that emits beautiful light with various colors like a rainbow."

The music survival show, originally to begin airing in October 2019 but was pushed back to January 2020, features a group of 26 selected Japanese trainees as they audition and train to debut in JYP's new Japanese girl group.

The second season began airing in April 2020. This season follows the 14 trainees that made it through the first season as they train and compete for six months in hopes of making the final cut. The debut line-up of 9 girls was announced on the final episode of the program. It was also announced the group, named NiziU, would release a pre-debut mini-album in both Japan and South Korea on June 30th. They made their official debut in December 2020.

Below are only a handful of the final qualifiers shown on the program that were selected out of over 10,000 girls who auditioned.

* Sato Ana left before the showcase.

The necklace they received for passing the first audition can now be filled with four triangular jeweled pieces: yellow for dance, green for vocal, red for star power, and blue for personality. The girls who can fill all four pendant slots will be able to proceed to training in Korea.

The trainees are given various missions to test their skills and improve themselves. They are ranked following each mission, and those who receive the lowest rank two times will be disqualified. The trainees trained for one month in South Korea prior to the start of their evaluations.

The trainees are put into four groups to test how well they work together. As an added test, one team must battle against another. Members of the winning team receive pendants. The trainees were given another month to prepare for the mission.

The trainees are put into three groups to test their image concept. Members of the winning team receive pendants. The trainees were given another month to prepare for the mission.

The trainees are put into two groups to battle against each other.

The necklace they received for passing the first audition and the four triangular jeweled pieces they received during season 1 can now be upgraded one stage higher. Four additional rose-gold colored pieces can be attached to the outside of the existing pieces.