We Are. (Do As Infinity) 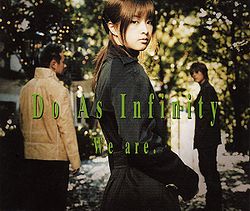 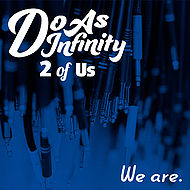 "We are." is the sixth single released by Do As Infinity. The title track was used as the Kao "Sofina" commercial song while "Eien" was used as the theme song for the drama Seven's Foce. The single reached #16 on the Oricon weekly charts and charted for 7 weeks, selling 54,300 copies.

As part of a 16 consecutive release of re-recorded songs, "We are. [2 of Us]" is the eleventh digital single released by Do As Infinity.