Be with You (MAX)

From generasia
(Redirected from Be With You (MAX))
Jump to: navigation, search 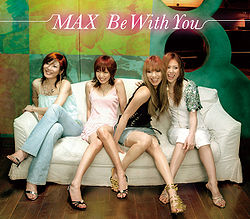 "Be With You" is the 27th single released by MAX. The title track is a cover of the song "Be With You" by the English pop group Atomic Kitten. Also, the title track was used as an image song for Family Mart's DREAM MATCH. The single reached #34 on the weekly Oricon charts and charted for two weeks. The single sold 5,000 copies.

There are currently three versions of "Be With You" to be found in MAX's discography.

Be With You (Instrumental)
Found on the group's twenty-seventh single, Be With You, as track #3.

Be With You (Radio Edit)
Found on the group's twenty-seventh single's vinyl, Be With You. as track #1.