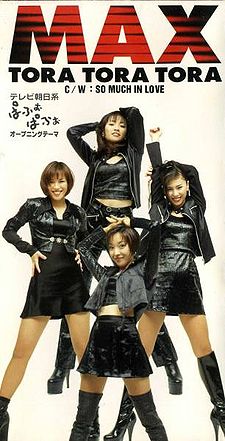 "TORA TORA TORA" is the third single released by MAX. It was released in two formats: the standard 8cm CD, and a promotion vinyl record. "TORA TORA TORA" was used as an ending theme for the TV Asahi show "Pafo Pafo" and as the theme for their own film Lady MAX. Much like their previous singles, it is a cover of an English language song by Eurobeat artist Domino. The B-side "SO MUCH IN LOVE", is a Japanese cover of the English language track released by Eurobeat artist QUEEN OF TIMES.

The single reached #19 on the weekly Oricon chart, and continued to rank for a total of nine weeks. This single was extremely successful for MAX at the time, marking their first release inside Oricon Top 20. It sold around 189,000 copies, making it their first to sell over 100,000. 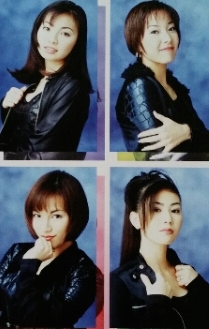 There are currently seven versions of "TORA TORA TORA" to be found in MAX's discography. They're three versions found on this singles, and a total of five can be found elsewhere in their discography.