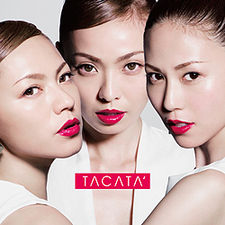 "Tacata'" is the 33rd single released by MAX. This is their best selling single over the past ten years. The song is a cover of Italian group Tacabro's 2012 single of the same name. Tacata' is said to be the magic word that connects people. It is their first single in three years and their first with only three members. Reina has been on active maternity leave since 2011 and gave birth to her second child in February 2013.

The single reached #32 on the weekly Oricon chart rankings, and stayed on the chart for a total of fourteen weeks.

Re-entered the charts in February 2014: