Edge of the Universe​ 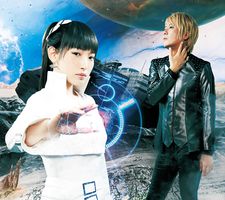 "Edge of the Universe​" is a song recorded by fripSide. It is found on fripSide's fifth studio album "infinite synthesis 4" as track #1. It was used as lead track of the album to promote it.