Get It On (Nakajima Megumi) 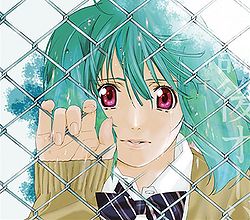 "Get it on" is a pop song by Nakajima Megumi. The first version, "Get it on - flying rock" appeared as the B-side of Nakajima's seventh single, "Houkago Overflow" and was used as the ending theme for the video game Macross Triangle Frontier. The second version "Get it on ~ Kousouku Climax" (Get in on～光速クライmax; Get it on ~ Light Speed Climax) was later featured in Macross Frontier ~Sayonara no Tsubasa~ netabare album the end of "triangle" as track #7.

There are three known versions of "Get it on" to be found in Nakajima Megumi's discography. These include: