From generasia
(Redirected from Yume Hitotsu)
Jump to: navigation, search 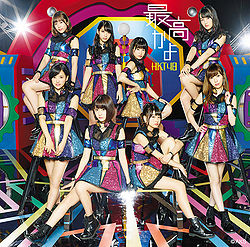 "Yume Hitotsu" is a song recorded by HKT48, sung by Anai Chihiro to Nakamatachi. It appears on the Type-A edition of the single "Saikou ka yo" as track #3.

This song commemorated Anai Chihiro's graduation from HKT48 in July 2016.

There are currently two recorded versions of "Yume Hitotsu" found in HKT48's discography. These versions are: