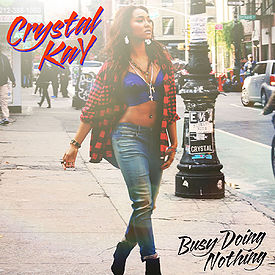 "Busy Doing Nothing" is Crystal Kay's debut English language single and her International debut. It comes eleven years after the Japanese release of her first English release, NATRUAL -World Premiere Album-. The single was followed up a month later by the release of "Rule Your World".