"Sakura" is the 32nd single (sixth Universal single) released by Crystal Kay. It was released in two versions: a limited CD+DVD edition and a regular CD only edition. Crystal has described the song as a "painful, yet positive long song" about spring time; which is when the Cherry Blossom trees bloom, and is also known as a time of change such as graduation.[1] 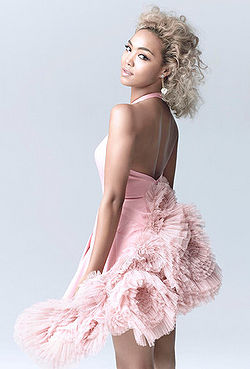 The single reached #30 on the weekly Oricon chart, and continued to rank for a total of four weeks.