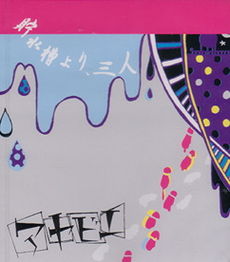 "Chosuisou Yori, Sannin" is the second single released by Ayabie. This is the first in a two consecutive month single release plan, with "Gothic Party" being the second. The first pressings grant a pink colored CD jewel casing. This is a limited release having only 2,000 copies. All tracks were later placed on their debut album Ayabie Sokkan Ongen Shuu. The single reached #7 on the indies Oricon charts, and #105 on the major Oricon charts where it charted for a week.