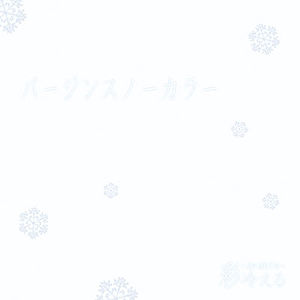 Virgin Snow Color is the second full-length album released by Ayabie. This was released in a CD+DVD only format. This is also Ayabie's last release as a four piece band; Yumehito officially joined the next day (November 16th). It was first released in Japan, but about two weeks later it was released in Europe through CLJ Records. That version comes with an extra booklet with lyrics translated in English and transliterated in Romaji. The album reached #77 on the major Oricon charts, where it charted for a week.