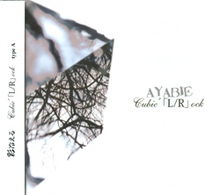 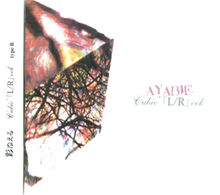 "Cubic'「L/R」ock" is the 13th single released by Ayabie. This was released in two different versions: a CD+DVD edition (Type-A) and a CD only edition (Type-B). Type-A comes with a DVD of the title song's PV, while Type-B comes with an extra track. This is a limited release having only 10,000 copies. Copies of both types comes with one randomly chosen out of a possible six dress-up jacket cards. All of the tracks along with the single "Yubisaki" and the mini-album Rikkaboshi make up the European compilation album Rikkaboshi + a. The single reached #29 on the major Oricon charts, where it charted for two weeks.