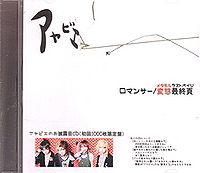 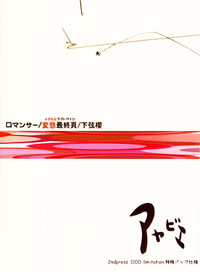 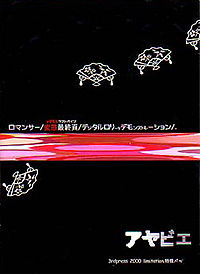 "Romancer / Metamorphosis Last Page" with its second and third presses are the debut singles released by Ayabie. It was first sold at Ayabie's debut live, the one-man Ayabie Party?! at Takadanobaba AREA on May 8th, 2004. This was a limited release having only 1,000 copies and sold out at subsequent lives, so two months later a second pressing was made and released.

That press started selling during the first stop on Ayabie and Alice Nine's coupling tour A2 ~Natsu Coupling Circuit~ at Urawa Narciss on June 7th, 2004. It came with a member's photocard and a new song, all in special packaging. It was also a limited release having 1,000 copies.

It eventually sold out too, so the third and last pressing of the single was made and released on December 11th, 2004. The third pressing also came in special packaging and came with two new songs, the first two were re-mastered. It again was limited release, having only 2,000 copies. The single reached #143 on the major Oricon charts, where it charted for two weeks.