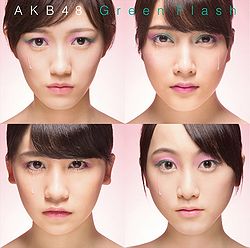 "Otona Ressha" is a song recorded by HKT48. It is used as a commercial theme song for HKT48's campaign with Lawson and as the ending theme song for the TBS program HKT48 no Odekake!. It appears on the Type-H edition of the single "Green Flash" as track #3.

There are currently two versions of "Otona Ressha" to be found in HKT48's discography. These versions are: