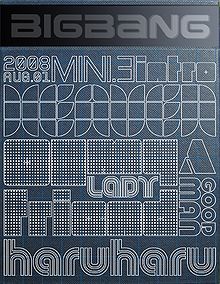 "Haru Haru" is a K-Pop song released by BIGBANG and included in their third Korean mini-album Stand Up. The song was later released in Japan although neither the lyrics or the title was changed.