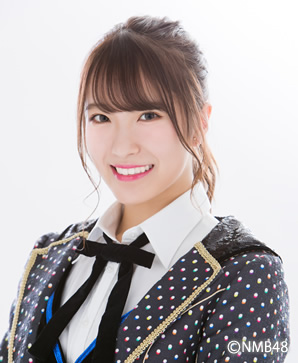 Kojima Karin (小嶋花梨) is a Japanese pop singer and idol managed by Showtitle. She is currently the captain of NMB48 Team BII and the group overall.