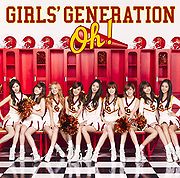 The song, composed by Kenzie who also composed Girls' Generation's "Dasi Mannan Segye (Into the New World)", was described as an "electronic pop" track and is lyrically about a girl confessing her feelings to the boy she likes. The Korean song was released on various online music sites on January 23, 2010 and reached the #1 spot on the Monkey3 online music chart instantly after its release and on other music sites. It also reached #2 on the Gaon 2010 digital yearly charts with 3,316,889 copies sold.

The MV teaser was released the same day as the song on January 23, 2010 at the popular search portal Naver. Due to many fans refreshing the page and congestion, it led Naver servers to crash and become inaccessible. The music video, which was directed by Cheo Soo Hyun, was released on January 25th. It featured Girls' Generation's cheerleader image concept and was choreographed by Lisette Bustamante. At the end of the music video the cheerleader Girls' Generation returns to their room to discover it has been vandalized by another Girls' Generation wearing black clothing. Later identified as "Black Girls' Generation", the story line and explanation of who they are and how they got there was continued in "Run Devil Run", the title track to their second repackaged studio album of the same name. 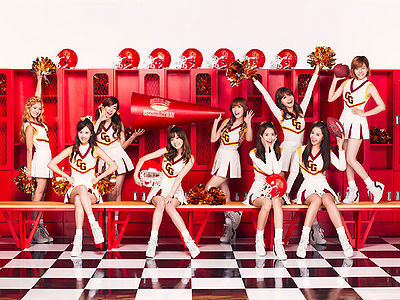