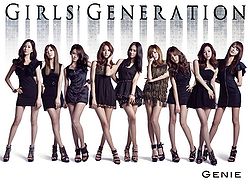 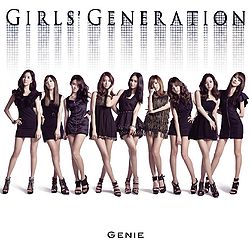 "Sowoneul Malhaebwa (Genie)" is a song recorded by Girls' Generation. It was first record in Korean and released on the Sowoneul Malhaebwa (Genie) mini-album. It was later recorded in Japanese as "GENIE" and released as the group's debut single under Universal Music Japan. "GENIE" was released in three editions: a limited CD+DVD edition, a regular CD+DVD edition and a regular CD edition. The limited CD+DVD edition includes a special photobook and a random (1 of 9) photo card. The single reached #4 on the Oricon weekly charts and charted for 42 weeks.

The song was composed by the Norwegian songwriting-production company Dsign Music and was originally titled "I Just Wanna Dance". SM Entertainment purchased the rights to the song and the Korean lyrics were re-written by Yoo Young Jin, whom also added additional composition to the track; Yoo Han Jin re-arranged the song. The song was described as an electro pop track in the Eurodance style and was a departure from their previous track "Gee" which relied heavily on the hook music style.