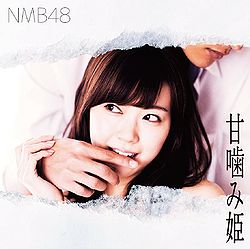 "Ferry" is a song recorded by NMB48, sung by Team BII. It appears on the Type-C edition of the single "Amagami Hime" as track #3.

Kurokawa Hazuki did not participate in this song due to hiatus.

There are currently two recorded versions of "Ferry" to be found in NMB48's discography. These versions are: