From generasia
(Redirected from Kashino Yuka)
Jump to: navigation, search 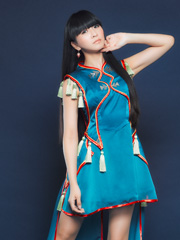 Kashiyuka is a member of electropop unit Perfume. She was also part of the gravure idol group Seikore 2002. Kashiyuka is known to be the shy member of the group. She mentions lacking confidence in her voice at one point and even considered quitting Perfume when the group was having a hard time finding any success.