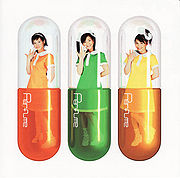 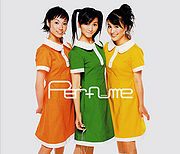 Vitamin Drop is Perfume's third single after being signed to BEE-HIVE RECORDS, and fifth overall. It is their last single before being signed to Tokuma Japan. Since their 2005 major debut, the single has been incredibly hard to find and can be found on auction sites for more than double its original price. On Amazon Japan, used copies sell for nearly ¥10,000 (nearly $100). In February 2008, the single was re-released and included in the "Fan Service ~Prima Box~" CD+DVD boxset.

"Vitamin Drop" is the theme song for the Nintendo Game Boy Advance game "Densetsu no Stafy 3". The promotional video is styled like a fairytale in which members Kashiyuka and Nocchi must rescue Princess A~chan.

This single reached #119 on the Oricon charts, charted for one week and sold 802 copies.