From generasia
(Redirected from Nishiwaki Ayaka)
Jump to: navigation, search 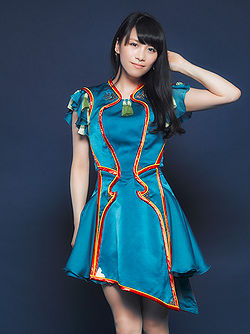 A~chan (あ～ちゃん) is a member of electropop unit Perfume. A~chan is considered to be the unofficial leader of Perfume because of her cheerful and energetic personality, and because she often acts as the MC at the group's concerts. She is sometimes very emotional and is known for crying a lot.