Relax in the City / Pick Me Up 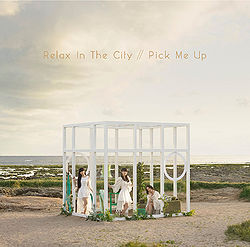 "Relax In The City / Pick Me Up" is the 26th (21st major label) single released by Perfume. The single was released in three versions: a limited first press CD+DVD edition, a limited CD+DVD edition, and a regular CD only edition which was made available after the limited editions sold out. The first press edition comes with a "Relax Room" cubic box packaging and a 40-page photo booklet, while the limited edition of the single comes in a slipcase cover and a 16-page photo booklet. "Relax In The City" was used as the CM song for Sapporo Green Aroma. "Pick Me Up" was part of a tie-in with upscale Japanese department store chain Isetan which Perfume also released special dance heels and accessories through. "Toumei Ningen" was used as a CM song for Chocola BB. 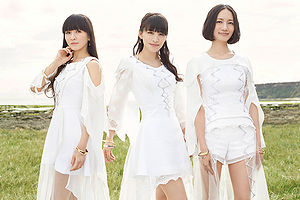