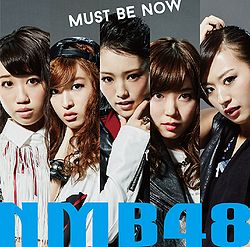 "Kuufuku de Ren'ai wo Suruna" is a song recorded by NMB48, sung by Team BII. It appears on the Type-C edition of the single "Must be now" as track #3.

Kamieda Emika did not participate in this song due to her hiatus.

There are currently two versions of "Kuufuku de Ren'ai wo Suruna" to be found in NMB48's discography. These versions are: